What I’ve Learned From My Friends Named Michael 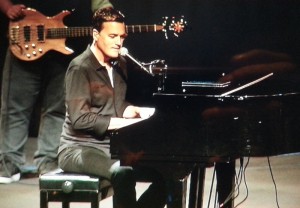 Last Sunday, Michael W. Smith led worship at our church. As I listened to him play the piano like a beast, memories flooded back of the first time we met. I was a kid just out of college and he was two decades into his career, about to release the popular “This Is Your Time.” A last-minute meeting with his label had been scheduled right after I got off work and I had no idea he’d be there. I remember being flustered because I hadn’t washed my hair that morning, but he didn’t seem to notice and was incredibly gracious. “Hi, Ginny, I’m Michael Smith,” he said and then went on to kindly encourage my writing. Michael is still as gracious now as the first time we met. He’s been playing music almost since I’ve been alive, but he still owns the room, serves the people he’s singing to, and very obviously loves the God he sings about. 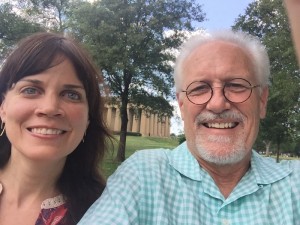 Then on Monday, I had lunch with my friend Michael Puryear, the man who introduced me to Michael W. and was my music publisher at the time. When I first started playing music around Nashville, no one quite got what I did. But this Michael took me under his wing, sent me to write with writers of every kind (so scary for a shy introvert), and spoke truth into my art. Wisdom like, “good songs are written; great songs are rewritten.” It is because of Michael Puryear that I got a record deal and have a music career. Michael isn’t my publisher now, but he still sets me straight every time we’re together. He told me this week I should be writing more country music. What do you guys think?

On Wednesday, I spent time hanging out with Michael Card, another favorite Michael who has also been playing music for nearly my whole life. Last year we performed several concerts together, and after each one, I’d come away with a new reading list and a new understanding of some theological concept that had been mysterious to me before. He loves teaching and learning, and his excitement and love are contagious. 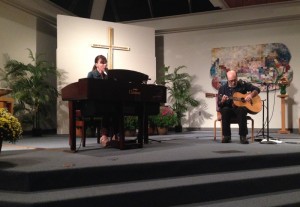 So why am I telling you about all my friends named Michael? As I spent time with them, I considered the incredible impact they’ve had on the world for so many years. Few people have the grace, perseverance and courage to pursue their craft and love others at the same time. These Michaels have watched trends and artists come and go. They have all had moments in the spotlight and, I’m sure, seasons where they’ve barely been noticed. And through it all, they live and love well.

In my present season of songwriting—and living—I hear, think and talk about what’s hip and current. If I’m honest, sometimes I don’t finish a song or a thought because I’m afraid it’s not hip enough.(Insert clenched teeth emoji.)Then I think of my friends named Michael who choose to tell beautiful stories with their lives instead of chasing the latest trends. Their talent is not manufactured by a computer. They’ve rolled up their sleeves and worked really hard at honing their skills and loving their families and friends. And as a result, they are living legends. 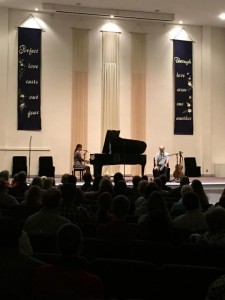 So this week, I’ve been convicted and inspired. Inspired to gaze at the bigger picture of life and convicted to take the trending topics of the day with a grain of salt. I love learning from those who have gone before, and I hope that I can teach and encourage the younger folks in my life in the same way. I want to encourage you too. Look to those who have blazed trails ahead of you. Their wisdom and insight are invaluable for our journeys.

Is there a person who has gone before that inspires you? I’d love to hear about them. Even if their name isn’t Michael.