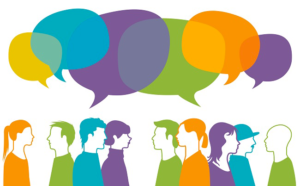 Have you heard Ginny’s new album, Love Be The Loudest? We think it’s pretty great, and so do the critics! Here’s what they’re saying:

Taking a decidedly pop and electronic-leaning approach … [Owens’] commitment to comfort zone-shattering messages and introspective depth remain. She also has some help from several familiar friends … all of whom add to this engaging expansion of an artist who managed to pull off the surely tricky task of making vulnerability sound accessible.
~ CCM Magazine, 4 Stars

It’s only been two years since Ginny Owens’ last release, 2014’s I Know A Secret, an album that was widely recognized as one of the best of her storied career. However, 2 years has been more than enough time for her to craft an album unlike anything she has released before. Just one listen tells us that she has never been better. …

The Bottom Line: It’s apparent from the very beginning that even though Ginny Owens is new to the pop scene, she can write great pop songs. It’s even more apparent that she has the vocal talent to go toe-to-toe with the best in the entire music industry, and though this is nothing new to longtime Owens listeners, her powerhouse voice together with such well-crafted and thought-provoking songs is a potent combination. The production is top-notch throughout, but never over the top, and it never needs to be with Owens’ signature vocals shining throughout. Woven through Love Be The Loudest is the central message of God’s hope and perfect love, and the album is one of the best offerings of 2016.
~ New Release Today, 4.5 Stars

Love be the Loudest by Ginny Owens is such a pleasant surprise. … Even though the style is different it is among Owens’ best work. The songwriting, arrangements and production are excellent. The guest appearances, which consists of Ellie Holcomb, Mike Weaver, Andrew Bergthold, Meredith Andrews, Andrew Greer and All Sons & Daughters, make it a collaborative effort. It even includes subtle updates of two of her best songs: “If You Want Me To,” and “Wonderful Wonder.” … Owens should be satisfied. Experimenting doesn’t always produce such terrific results. … This renews my interest in Owens’ work and will have me watching for what comes next.
~ The Phantom Tollbooth, 4 Stars

We are more surrounded by voices than at any time in our history. … Ginny Owens nudges us a little closer to God’s heart so we will stop believing our doubts and let Love Be The Loudest. Instead of her typical acoustic style, this project gives Owens’ deep lyrics a pop flavor without sacrificing the message. … It can never be stated loudly enough how precious God’s love is, nor how much of an impact retaining that fact in the forefront of our minds can have on our actions. … Love Be The Loudest tunes out the drama and amplifies our need for a Savior, sending out a homing signal for our hearts to follow all the way to the cross. Owens presses the pause and reset buttons simultaneously, filling our minds with peace and purpose.
~ Today’s Christian Entertainment, 4 Stars

This is Ginny Owens’ loudest, boldest, and the most creative album … she has let all scaffolds fall. Instead of being restrained by her usual CCM pop, she has embraced all influences including EDM, folk, and even accapella. Even the number of duet or harmony partners has increased.  Never on a Ginny Owens’ record have we seen as many as six of her peers singing in duet or in harmony vocals with her.

Arguably the “must-hear” track on this album is “The Fire.” Undergirded by an Adele-esque piano based pop, “The Fire” bucks the trend that begs God to deliver us from our trials so that we can be shiny and happy people.  Rather, taking Scripture passages (like 1 Peter 4:12, Acts 5:41) to heart, the song gives exposition of how the fires of life can be where we meet God.  When Owens sings “There is hope, I am not alone in the fire” you can feel such earnestness in her voice that you can’t help but be pulverized. …

The album opens and closes with “God is Love.”  The ending version which is a tad longer is an ear-opener.  Singing accapella with All Sons and Daughters harmonizing, “God is Love” sounds like you are in heaven surrounded by a bevvy of angelic voices heralding in unison the transcendent truth, “God is love.”  This could be the closest we could ever get to hear heavenly worship on this side of life.  Overall, “Love Be the Loudest” finds Owens at her creative best.  Each song is unique and carefully crafted and Owens shows she is not confined by style or genre.
~ Hallels