GO Weekly: The Highlights From Our Travels 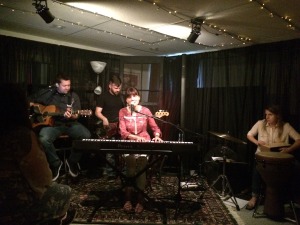 I started a post the other day all about the meaningful conversations I’ve had during this first wonderful week of summer touring. But then summer touring took over, and I ran out of time to think through all those meaningful conversations. So we’ll save that installment for later . . . Since we had such a fantastic first week on the road, I thought you ought to hear the highlights!

Yukons rule! We’ve traveled over 2,000 miles in the past five days in a Yukon XL we rented at the eleventh hour, when I decided 5 days of driving was a better idea than navigating airports with all our gear. At some point early on, the band nicknamed the SUV R2, because it is like some space-age creature. The windshield wipers turn themselves on when they sense even a hint of rain. The sound system is smart enough to find and connect to any phone in the car, and there were full-on electrical outlets, too! I thought about trying my hairdryer just to see if it’d work, but I never got around to it. R2 helped make our journey both pleasant and productive. 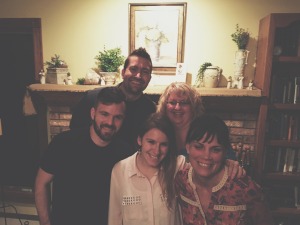 Our house shows were so much fun! Laura and Tim in Omaha, and Jim and Steph in Moline were incredible hosts who took great care of us! In Omaha, Laura and her family fed us delicious barbecue and homemade Texas sheet cake! Jim and Steph fed us steak! (I’m officially hungry now!) The best days on the road are always marked by great food and sweet time with wonderful folks.

RiseFest, our first festival of the summer, was such a blast! (Sadly, no pics to share.) The team of folks who made the festival happen were so helpful and wonderful to work with. Hannah and Steve, who had never played a festival before, had a great time! I did, too. We stuck around to hear Jason Gray and Matthew West play—(wow, those guys!)—and we ended the evening with some midnight band bonding time over Godfather’s Pizza. A grand time was had by all!

Meeting fans and new friends and hearing their stories made the week especially special. These moments always reaffirm for me why I do this music thing. When we’re on the road, we spend about 5% of our time making music, and 95% doing everything else. With every show, I try to make interacting with folks a greater part of that 95% of nonmusical activity. Knowing you is so encouraging, inspiring songs in me. Thank you! 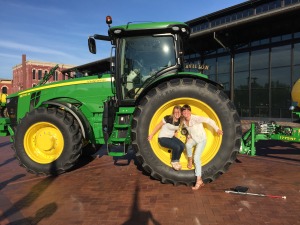 Last but not least, we made some fun memories during our drives. We learned all about each other, listened to massive amounts of music, and stopped to see some fun sights along the way!

I sure hope we get to see you this summer! In the meantime, I’m gonna go take a nap. All this driving, music-making, bonding, eating, and staying up late has flat worn me out! 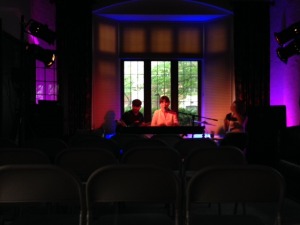