I love to be inspired by other people’s lives, which is why the Olympics are so exciting for me. I didn’t catch all the action this Summer Games, but I witnessed Simone Biles crushing it on the vault and winning gold, Kerri Walsh Jennings and April Ross battling Australia in the quarter finals of beach volleyball, Steele Johnson and David Boudia winning silver (and sharing their faith) in synchronized diving, among several others.

I don’t have to see the sports to get into them. As a kid, I took gymnastics and swimming lessons, and in high school I ran track, so I have an overall sense of what is going on. But really, I can follow any competition. I get an adrenalin rush just hearing the commentators describe the beach volleyball match points or the crazy details of Biles’ vault routine. I admire the athletes’ strength and skill, and the courage they have to perform in front of the entire world.

Their backstories are incredible too. I’m in awe that this was Kerri’s fifth Olympics and less than a year ago she had surgery for a dislocated shoulder; and that Simone Biles’ was raised by her grandparents because of her mother’s battle with substance abuse. Then there’s the Refugee Team. Can you imagine being displaced from your home and still wanting to compete? (This is Rose Nathike Lokonyen from the Refugee Team on the right.)

While cleaning house last week, I watched Blindsight, a documentary about Erik Weihenmayer, the only blind person to reach the summit of Mount Everest. He climbed with six Tibetan blind students to 21,500 ft. on Everest. The six Buddhist kids believed their blindness was caused by wrongdoing in their past lives and still they had the courage and will to climb a mountain. Wow. I immediately ceased grumbling about having to scrub the bathroom. #Perspective (And in case you’re wondering, for me watching a movie often means loading it onto my iPhone, plugging in headphones, and listening as I work.) 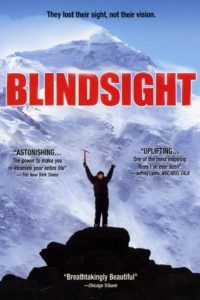 In his memoir, Touch The Top Of The World, Weihenmayer writes, “Striving and achieving is part of our nature, built into our genetic makeup. The evidence of man’s nature manifests itself in rocket ships to the moon, skyscrapers hundreds of stories high, and flags planted on summits all around the world.”

Why are we wired to do great things? Or to challenge ourselves? Or conquer adversity? I think it’s because God has created us to reflect Him. His greatness, power, and imagination are written into the DNA of our lives. Thousands of years ago, David acknowledged this. After his rise from unassuming shepherd to giant-conqueror to king of Israel, he said to God: I will praise You because I have been remarkably and wonderfully made. Your works are wonderful, and I know this very well.” (Ps. 139:14)

A key component of living well is acknowledging and working hard at developing the tremendous, powerful gifts God has entrusted to us. Maybe we don’t have the drive to climb a mountain or train for the Olympics, but since God’s greatness is placed in each of us, shouldn’t we be fearless and courageous enough to pursue life the way these athletes do?

God speaks to me through the inspiring lives of others. Witnessing the beauty, strength, and courage others possess brings me to reflect on His greatness and moves me to believe that same strength and courage exists within me too. Though I won’t do a triple twist vault dismount or climb Everest, the opportunities for me to climb proverbial mountains, lend a hand, and live out my own story to inspire those around me are endless.

Let’s get inspired this week, following the leads of others who are conquering their own mountains.

Come see one of our upcoming shows! Hanging out in person is so much more fun! Check out our tour dates HERE! 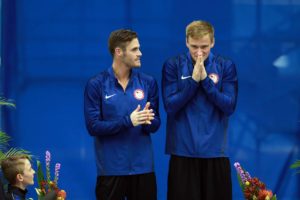