“I know there is a God, and that He hates the injustice of slavery.” ~ Abraham Lincoln

“If we have the courage and tenacity of our forebears, who stood firmly like a rock against the lash of slavery, we shall find a way to do for our day what they did for theirs.” ~ Mary McLeod Bethune 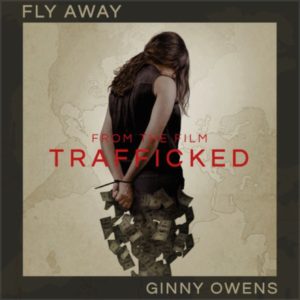 I have a brand new song out today. Unlike the hopeful, up-tempo pop songs that characterized my last album, it’s a tender, haunting ballad written for a movie called Trafficked. My friend David Das, who composes for films, invited me to collaborate with him on a vocal piece, as he was scoring the movie. The song appears during an attempted getaway scene and runs in full under the end credits.

As much as I love the simplicity and melancholy of this song, there’s a certain heaviness to it and definitely to Trafficked. The film is about the terrible injustice of slavery that occurs every day, locally and globally. Trafficked shares the stories of three girls from three different parts of the world who are trafficked into a brothel in Houston, TX. Sounds creepy, and like something you’d rather not hear more about, right?

I’ve been learning about human trafficking for the last twelve years or so. I’ll never forget the first time I listened as lawyers and other professionals from International Justice Mission shared about their covert missions to rescue young girls from brothels, and other children and adults who were forced into long hours of manual labor in factories. They also spoke of the slow, tedious, delicate work of helping to change the laws of foreign governments, so that child and slave labor would be illegal. Not only that, but much time has been spent educating U.S. citizens and calling us to action. Why? Because slavery isn’t just happening out there in the big world somewhere – it’s in our cities, too.

I recently attended an event for End Slavery TN, an organization that works with legal professionals and law enforcement to rescue those who are enslaved locally. They offered an alarming statistic: 94 teens are trafficked each month in Tennessee alone. Children.

But most moving of all are the stories from the victims themselves. In most cases, they still can’t reveal their identity, or many of the details of their stories, but to hear them speak with voices full of emotion as they share how they were trafficked and then rescued is sobering. In their words, I hear hope, but I also hear a darkness – a fear they may never entirely be free of. I wrote the melody and first lyrics of “Fly Away” with their voices in my head.

As we celebrate all we’re thankful for, and holidays with those we love most, I invite you to open your eyes and your heart to this terrible problem. Visit traffickedmovie.com to view the Trafficked trailer. And visit International Justice Mission’s website at ijm.org or End Slavery TN’s website at EndSlaveryTN.org to learn more and get involved.

You can find “Fly Away” at iTunes and other digital outlets HERE.