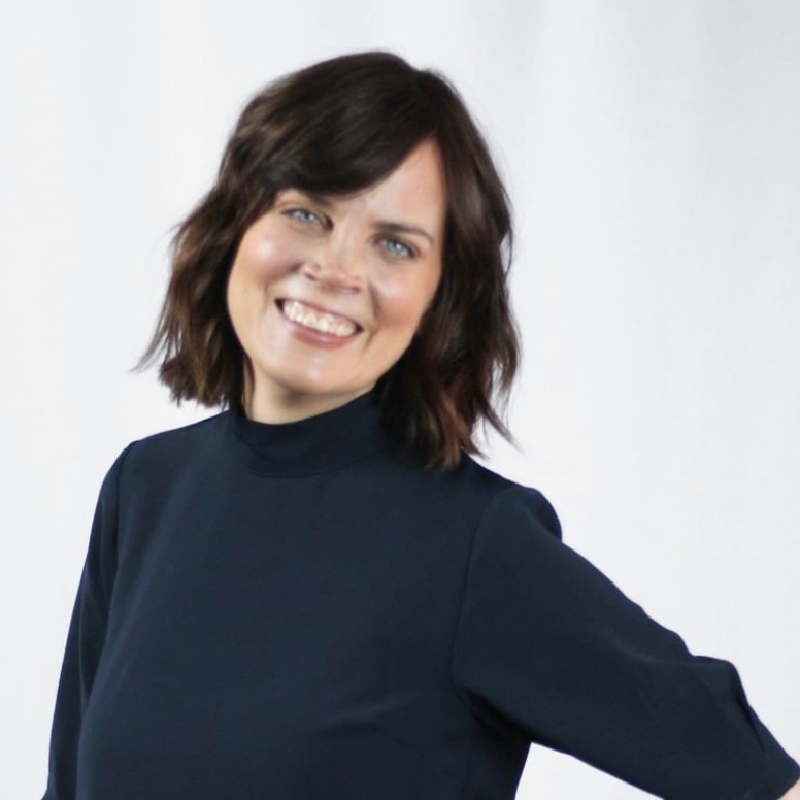 Ginny Owens has spent the past two decades sharing her heart with listeners and readers as a singer/songwriter, author, teacher, and advocate. Her unique musical style and inspirational lyrics have transcended genre definition and taken her to diverse venues that include the White House, the Sundance Film Festival, Lilith Fair and the National Day of Prayer in Washington, D.C. Ginny has also been an adjunct professor at her alma mater, Belmont University, served as a worship leader, partnered with non-profits, and authored two books.

As a toddler, Ginny picked out melodies on the piano before she was able to put words together in a sentence. Even as vision left her eyes — a degenerative eye condition left Ginny completely blind by age three — songs began to emerge from her fingertips, providing a window into the world she could not see.
Cementing her place in the music scene in 2000, when she was named the Gospel Music Association’s New Artist of the Year, the multi-award-winning singer/songwriter has recorded more than ten albums, garnering critical success and chart-topping radio singles and streaming hits, such as “If You Want Me To,” “Free,” “Stand With Me” (feat. Resound), and “Echo.” Ginny has composed for such artists as Michael Card, Michael W. Smith, JJ Heller, and Rachael Lampa. “Fly Away,” a song she co-wrote with David Das for the independent film Trafficked, made the short list to be considered for the 2018 Academy Awards ballot (Best Original Song in a Motion Picture). Her recent set of EPs, entitled Expressions I and II (November, 2020; February, 2021), have amassed millions of streams. And in May, 2021, Ginny released her first EP of modern hymns and praise songs, Sing Hope in the Darkness.

Not all Ginny’s words are set to music. Her first solo-authored book, Singing in the Dark: Finding Hope in the Songs of Scripture (David C. Cook, 2021), released on May 1st. By sharing her personal story, as well as stories from Scripture, Ginny takes readers on a journey to find hope amidst their own challenges.

May 1st was also the release date for Faithful, an all-female artist and author book and album collaboration, which, in addition to Ginny, includes such women as Amy Grant, Ann Voskamp, Trillia Newbell, Ellie Holcomb, and Christy Nockels. Ginny contributed a chapter to the book, and co-wrote multiple songs on the album.
Ginny’s previous books include Love Be the Loudest: Hearing God’s Voice Above the Noise, a fourteen-day devotional (2017), and Transcending Mysteries (Harper Collins, 2015), co-authored with Andrew Greer.
Ginny also hosts a popular video blog entitled, “How I See It.” In it, she offers viewers a look at the ins-and-outs of daily life as a blind person. In November 2016, Ginny launched the Love Be the Loudest campaign, an initiative that donates a portion of her album sales to non-profit organizations dedicated to bringing hope to the world.

Born and raised in Jackson, Mississippi, Ginny moved to Nashville, Tennessee to attend Belmont University, and made her home in Music City for many years. She now lives in New York City, where she is in her final year of seminary for a Master of Biblical Studies.